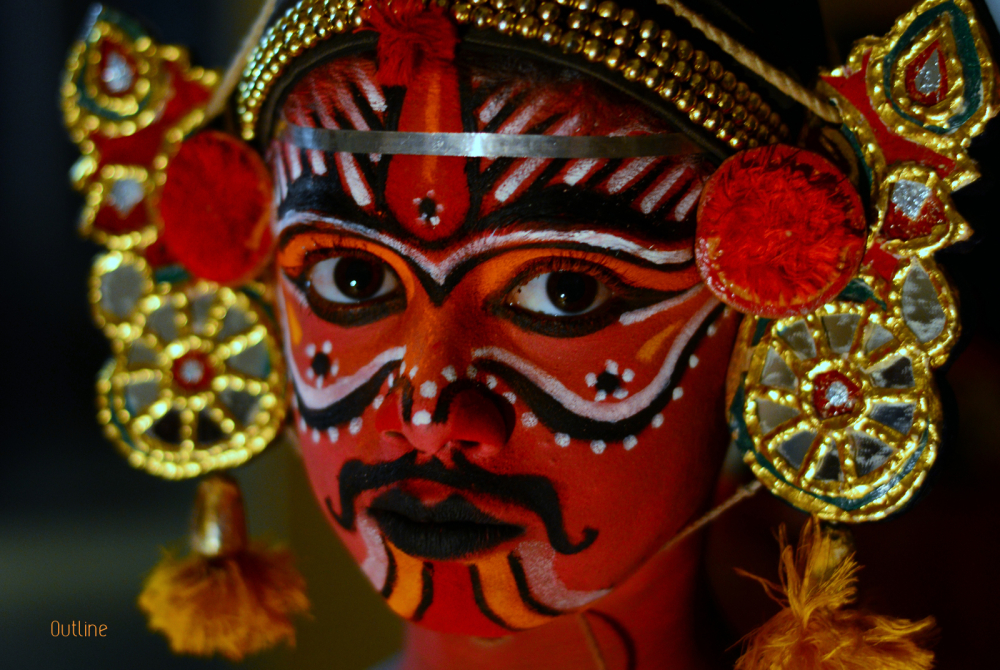 Previous Next
← previous day next day →

Posted by Ram (Chennai, India) on 5 April 2014 in People & Portrait and Portfolio.

This is a picture of an young Kattaikkuttu Artist. Kattaikkuttu is the theatre of the rural people in the southern Indian state of Tamilnadu. It speaks their language and is acted by performers who share similar social and cultural backgrounds with the spectators.

Kattaikkuttu uses song, music, dance, make-up and costumes, drama and ritual. All-night performances are powerful, high-energy, intense and long duration events that temporarily recreate the mythical world of kings, gods and sages on earth. The stirring quality of the music, the actors' singing and their passionate embodiment of mighty mythological characters keep local audiences spellbound. All-night performances are intense events. Their rootedness in rural Hinduism can trigger emotional responses in spectators and performers causing some of them to fall into trance-like states at particularly dramatic moments in the story.

The theatre derives its name from the special ornaments called kattai or kattai camankal. Kattai ornaments are typically worn by heroic male characters, such as kings, gods and demons. These ornaments represent the heroic qualities, power and royal status of the wearers.Kattaikkuttu is also known as Terukkuttu or street (teru/theru) theatre (kuttu/kuthu). Kattaikoothu, Therukoothu and Terukoothu are alternative ways to spell the theatre's name.

I particularly enjoy how her eyes are brought out by the make-up, and her expression, beautiful :)

fantastic image !!! A perfect portrait of this young dancer....

Beautiful portrait! This is fantastic!

This is truly a special image and my favorite of the series.. The eyes and poignant expression complimented well with the DOF spot on... perfect!

@Sriram: Thanks Sriram. I should actually thank you. :-)

This image has been featured in 1 Remix collection.